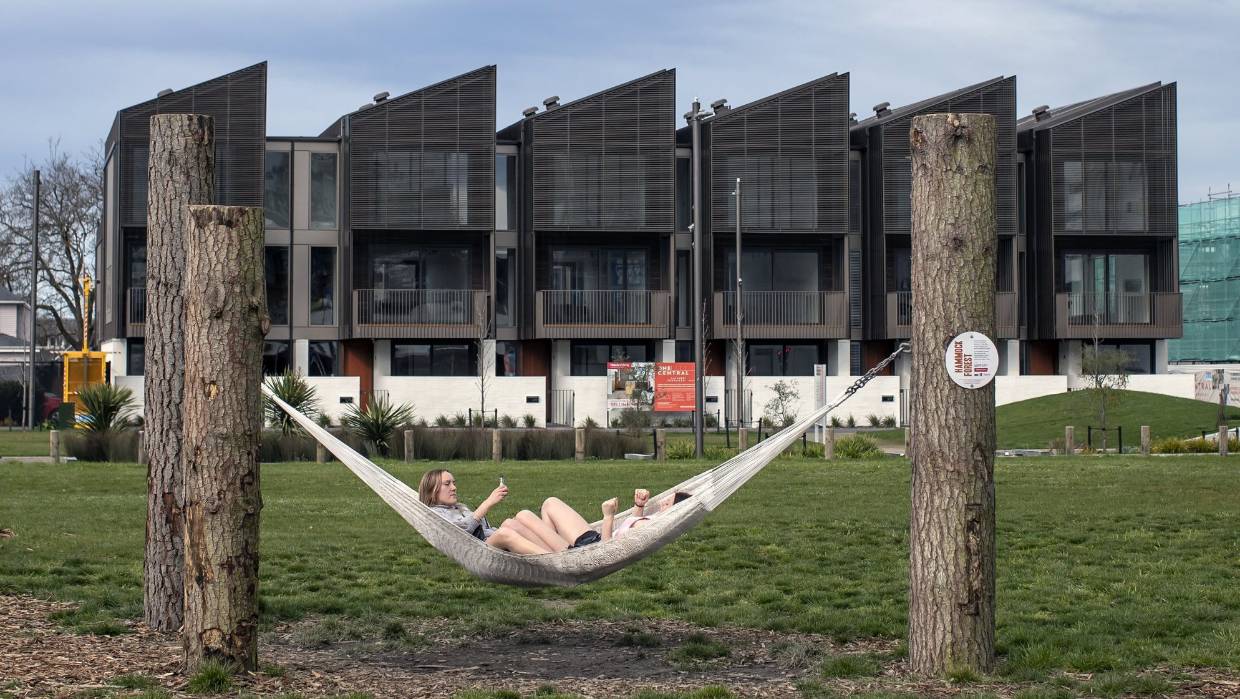 Slow sales of Christchurch's 900-home east frame development have aroused concern from Treasury and look likely to trigger changes in the project.

Out of 172 apartments, terraced houses and townhouses being built in the Crown-led housing project by Fletcher Building, just one-fifth are either under contract to would-be buyers or sold.

The homes are the first stage of more than 900 planned for land bought by taxpayers for the project, which is aimed at repopulating the central city.

Treasury, in a briefing to Greater Christchurch Regeneration Minister Megan Woods before a meeting with Otakaro chief executive John Bridgman several weeks ago, described the sales as "slower than planned" and outlined a possible mismatch between the homes and what would-be buyers want.

The Treasury document, obtained by Stuff under the Official Information Act, reveals Fletcher has asked Otakaro for permission to change the type, number and timing of units. 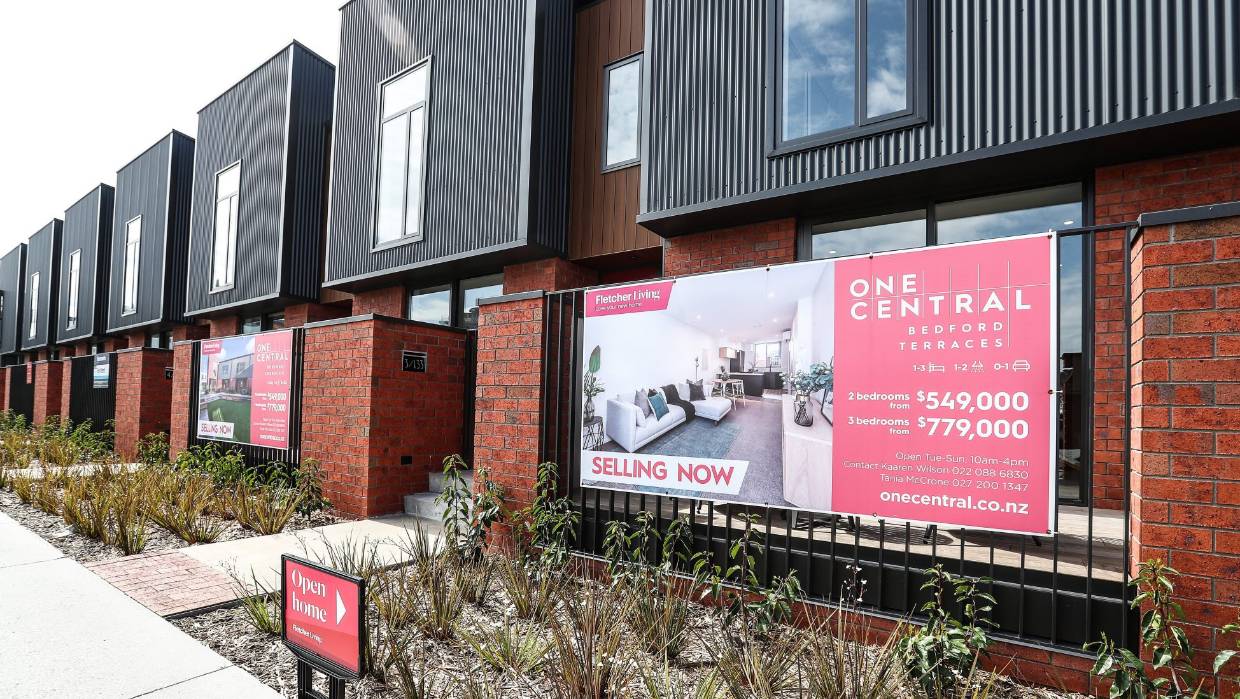 Apartments under $600,000 have sold best with 17 out of 44 one and two-bedroom apartments finding buyers.

Just three out of the 20 $1m-plus homes – described by Fletcher when they were finished last year as the "jewel in the heart of Christchurch" – have sold.

The next 68 homes are being planned now. While neither Otakaro nor Fletcher would be drawn on what would be done differently, an Otakaro spokesman said they were "always open to opportunities to increase demand".

With various types of homes built, Fletcher "now has the ability to use current market demand to shape its home designs", Otakaro said.

Fletcher won the contract to build the development, which it calls One Central, in late 2015 after the plan was first announced in 2012.

A Fletcher spokeswoman said One Central was "progressing as planned" and 37 of the 172 homes finished or under construction were either purchased or under contract, but would not confirm how many sales were completed.

The company's development agreement with the Crown requires it to deliver well-designed medium-density housing in an attractive neighbourhood that will maximise value for taxpayers.

Otakaro's market research has found the homes are competing with "more space and better value for money" in suburban developments, the Treasury document says. 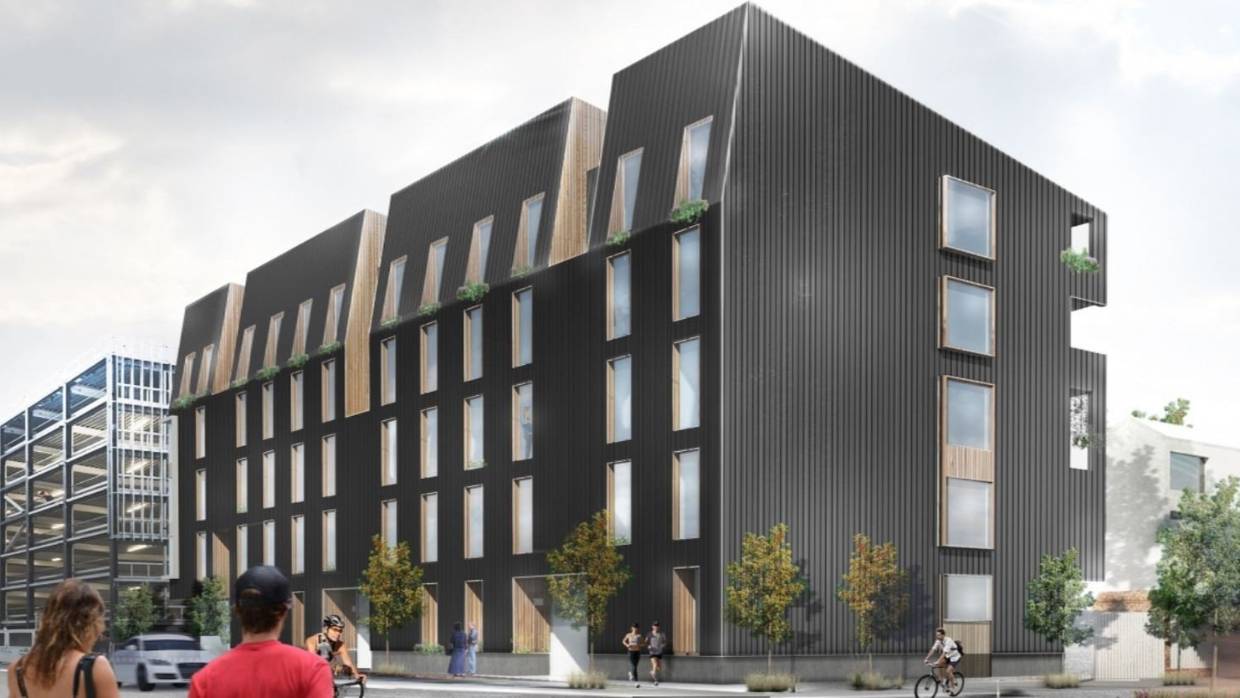 An artist's impression of the One Central apartments now under construction facing Madras St.

"Commuting times are not extreme and there is little commuting cost for living in the suburbs."

It found buyers wanted inexpensive homes, a garage or parking, and valued safety and privacy.

Those surveyed considered the east frame area less desirable than other parts of the central city, and thought the inner city was "yet to offer a vibrant cultural life".

"In short, the survey did not indicate that there was pent-up demand awaiting supply", the briefing document says. 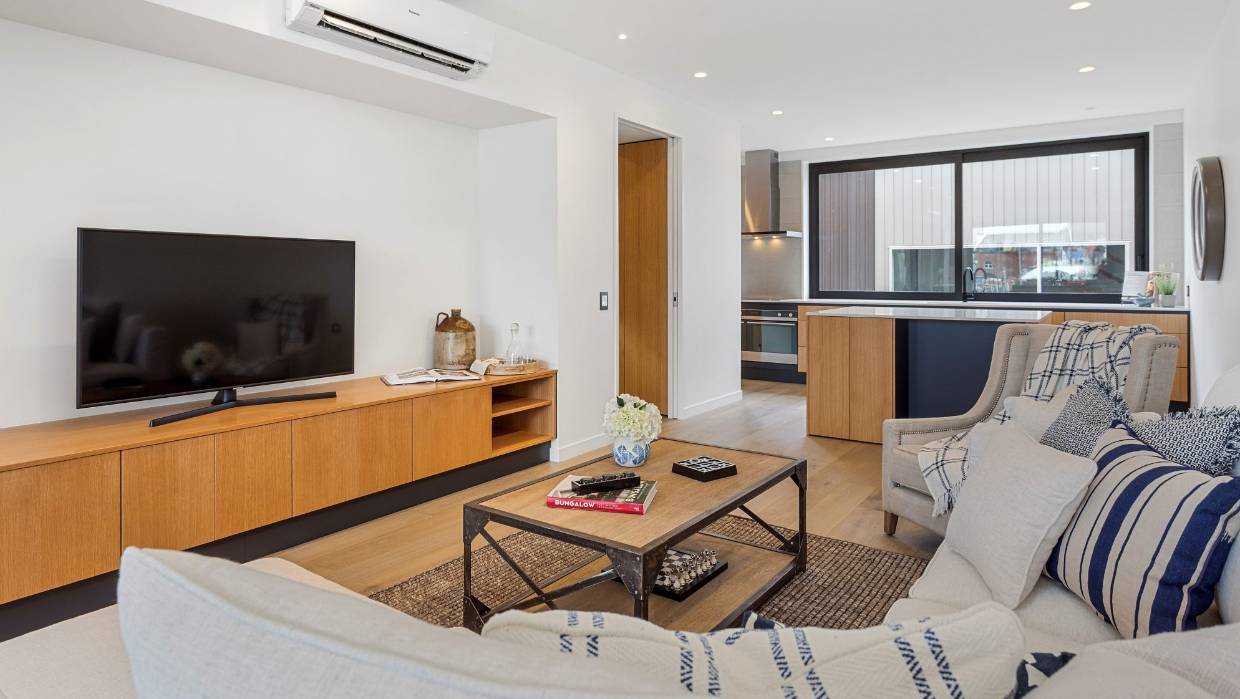 A showhome in the Latimer Terraces block in central Christchurch's east frame.

The research was "pessimistic about the market for inner city living changing noticeably in the short or medium future."

It suggests Woods ask Otakaro how it would respond to the slow sales and the research findings.

The homes were intended to all be complete by 2024, creating a community for about 2000 people worth about $800m excluding land cost.

The Crown is selling the land block by block to Fletcher, in a deal which includes a confidential profit-share scheme.

Other central city developments have fared better, with steady sales in both Fletcher's Crown-led Atlas Quarter complex and private projects by developers such as Williams Corporation.

Real estate agent Brendan Chase, past chairman of the Central City Business Association, said getting residents into the east frame was "incredibly important" to repopulate the city 24 hours a day.

"But something there is obviously not working. It could be a sales force problem, or they don't know what they're doing in terms of what the market wants, or their pricing is wrong." 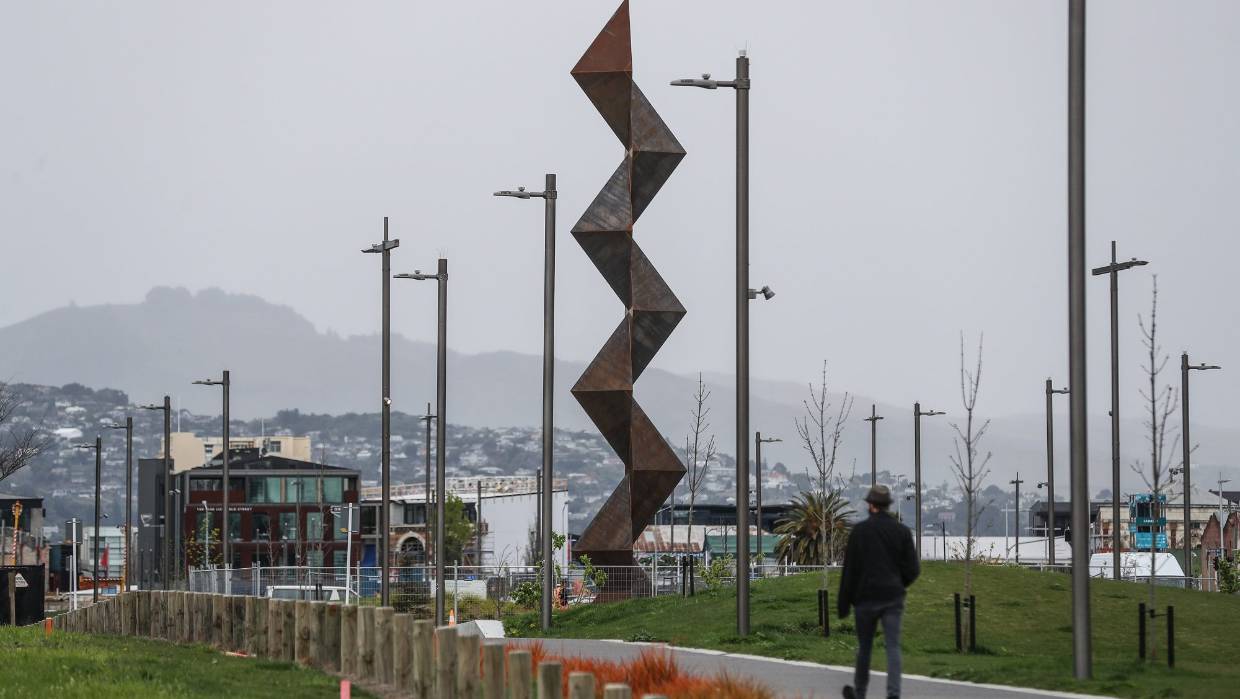 Chase said while the east frame plan has already been "slimmed down", it needs to be built in a way that "still allows small, private developers to do their thing".

He suggested a Crown-funded incentive scheme such as a rates holiday would encourage central city home buying.

"People want to live in a central city that's vibrant and convenient, but will they come in before that when there's dust and mud and vacant spaces?

"It's a chicken or egg situation.?" 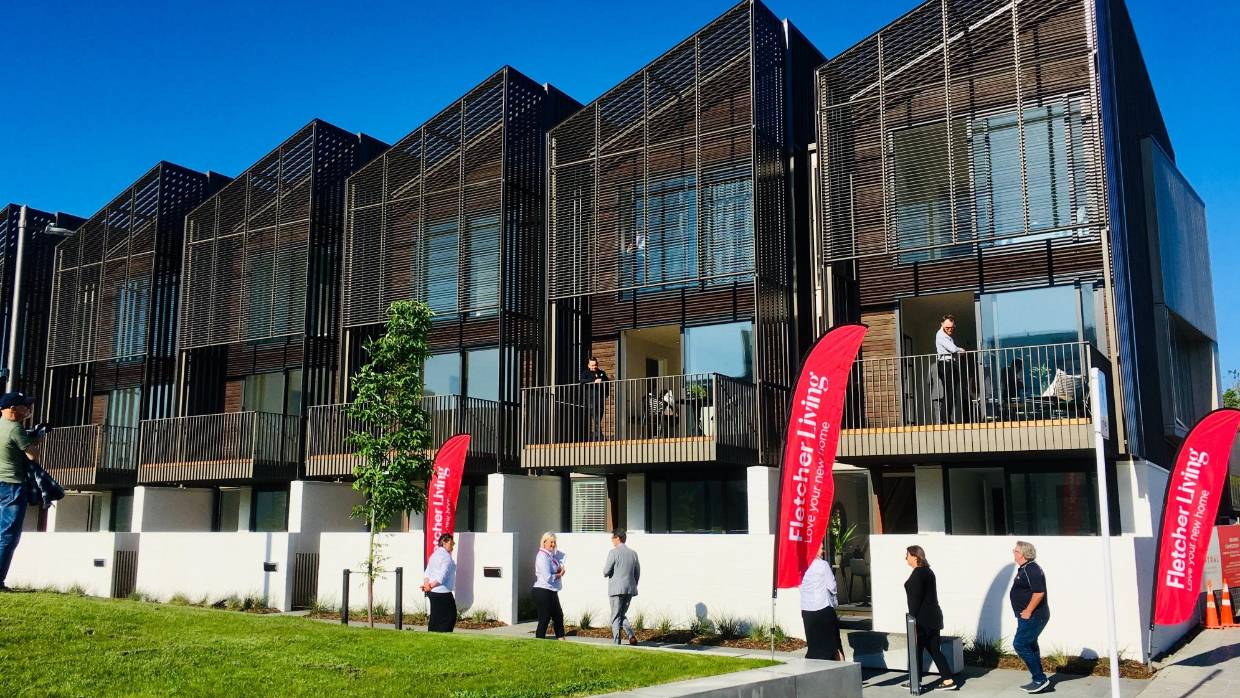 A real estate open day at the Latimer Terraces homes in November last year. Three out of 20 of these homes have been sold.