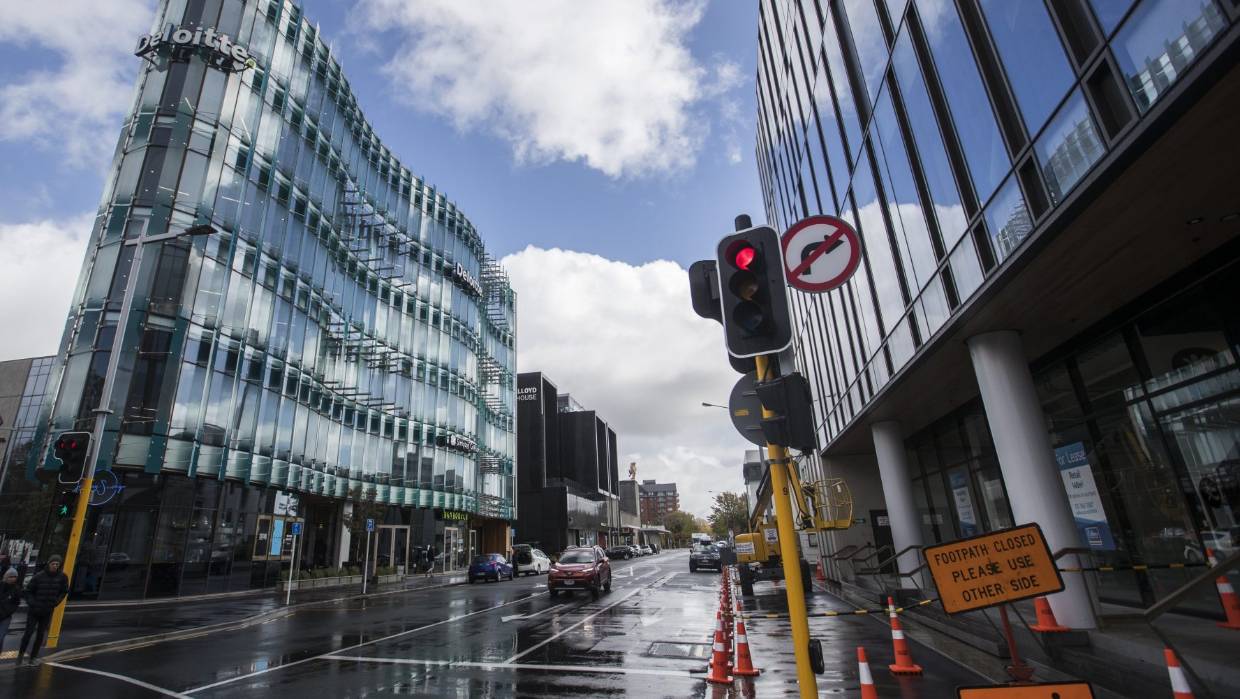 Central Christchurch's office glut is over as more businesses opt to be part of the rebuilt business district.

A new report shows vacant space in new central city office buildings has more than halved since landlords were struggling to fill space three years ago.

Shaun Stockman, a landlord and treasurer of the Central City Business Association, said momentum in the rebuild was making the city more attractive to business owners.

"They've got to keep their staff happy. Amenity is very important to people who want something to do in their lunchbreak or after work. We have this amenity now and people want to use it," he said. 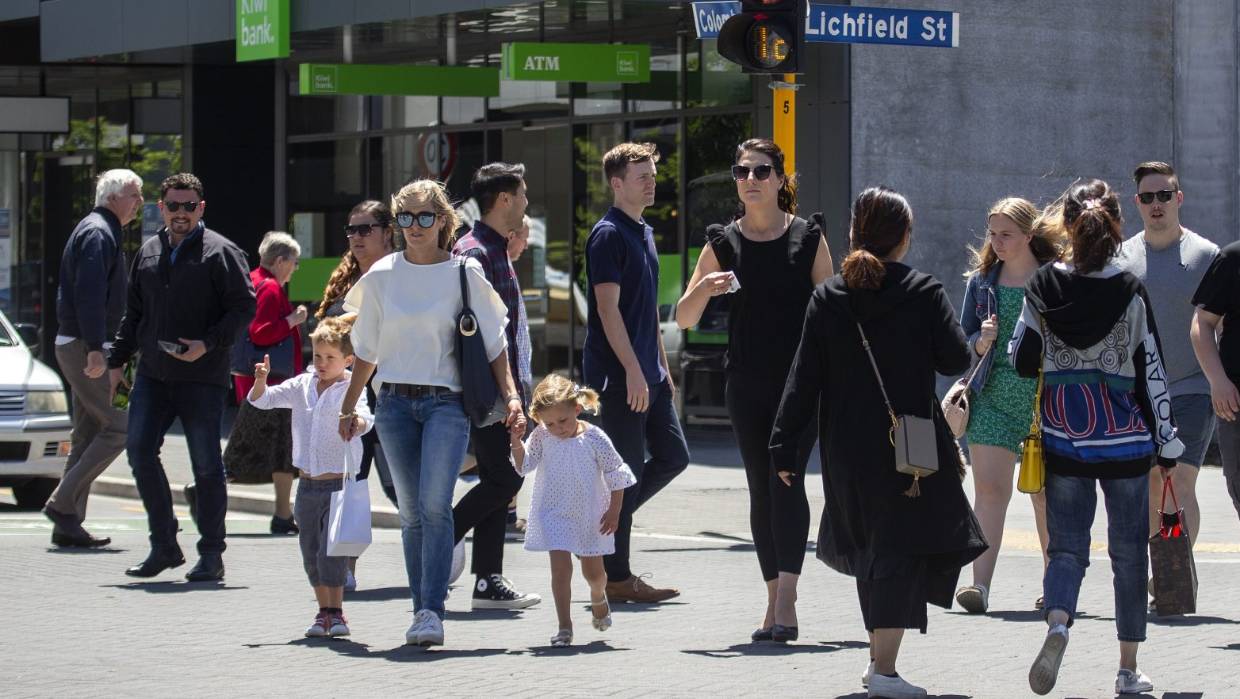 Joseph Johnson/Stuff
The corner of Colombo and Lichfields sts.

New cafes and shops, the Avon River promenade and the Riverside Market were all attractions for central city workers, Stockman said.

With more workers moving out of suburban offices, the number of people working between Christchurch's four avenues has passed 40,000, Statistics New Zealand figures indicate. This compares with a pre-quake central city workforce of about 50,000.

New arrivals are working in health care, administration and support, professional, scientific and technical services, finance and insurance, and retail.

Around 4000 businesses are based in the central city, down from 6000 pre-quake. 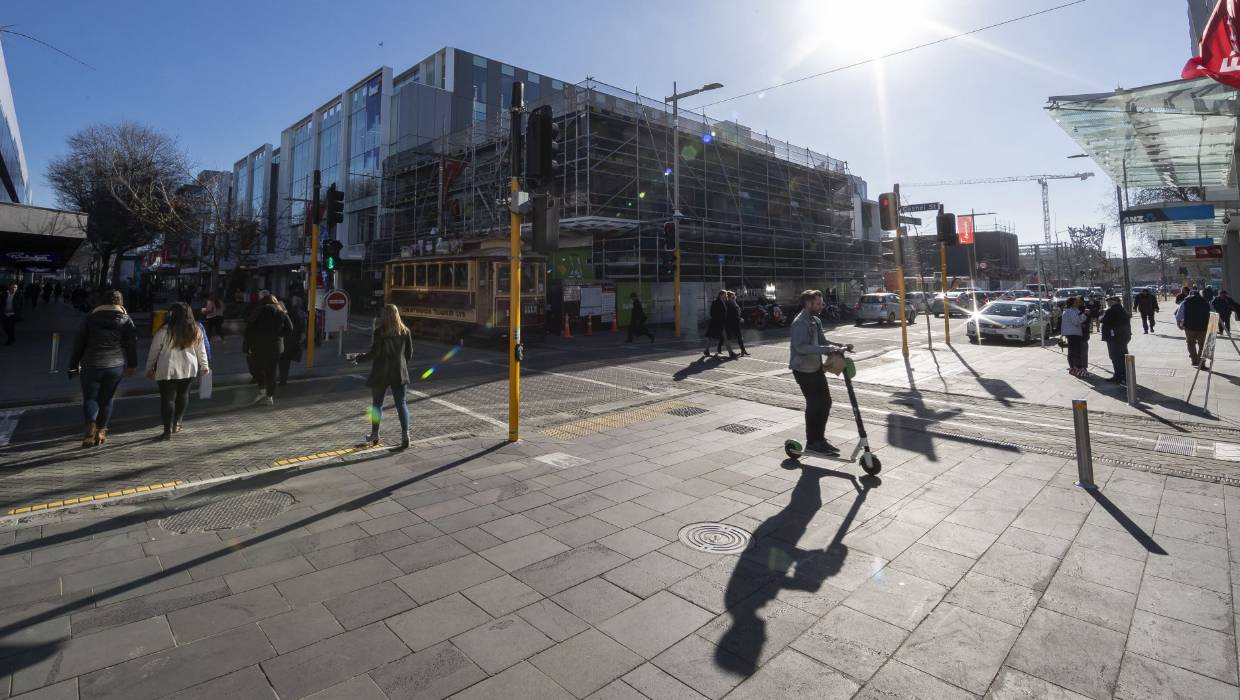 Will Blake, a commercial property valuer at Knight Frank, said the take-up of space had been steady, and had happened "at the expense of the suburbs".

"The growth has mainly been from relocations, rather than growth in new business, it's people moving around."

Having the city "definitely looking much better" and more people working in town should continue to stimulate development, he said.

Spending data shows overall spending in the central city has risen 2.6 per cent in the past year, with food and drink sales jumping 6.1 per cent.

Blake said the amount of vacant land in central Christchurch is still a problem, "and the lack of connectivity between one place and another". 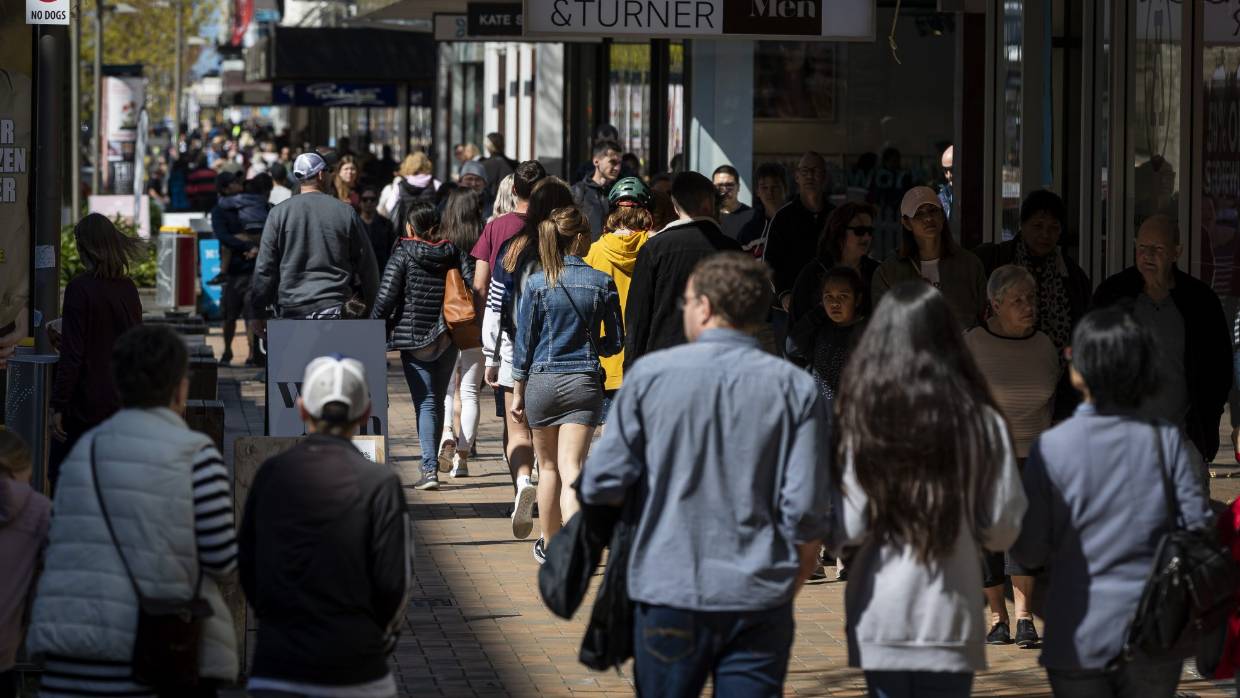 "You have to know where you are going and you see a lot of tourists looking forlorn."

"The CBD can no longer be said to be over supplied," it said.

No major office buildings have gone up in the central city since the Spark building on Cathedral Square. That building, due for completion early next year, will accommodate 500 workers. 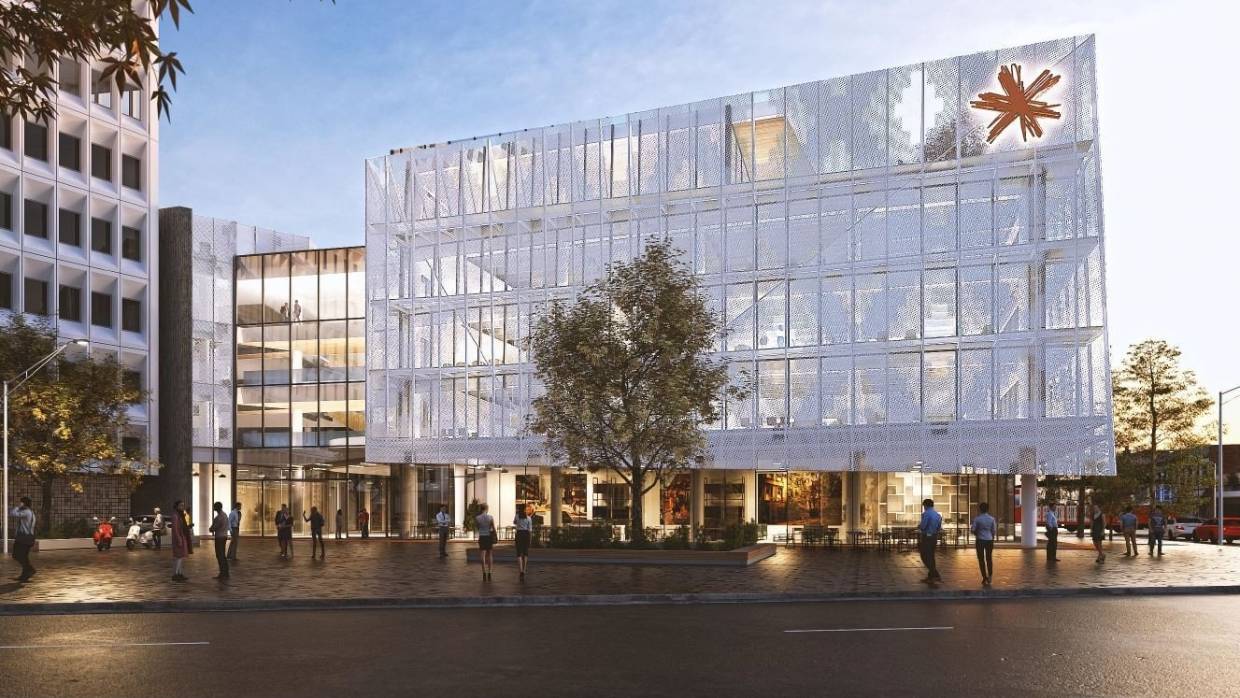 An impression of the completed Spark building now going up in Cathedral Square.

A report from commercial realtor JLL says six per cent of top-grade office space in central Christchurch is empty, after peaking at 14 per cent three years ago.

Just three of central city's 17 major post-quake office buildings have any significant vacancy, the report shows, and even those are at least two-thirds filled.

The drop-off in construction has made it easier to fill existing space, the report shows.
A quiet Cathedral Square in central Christchurch. 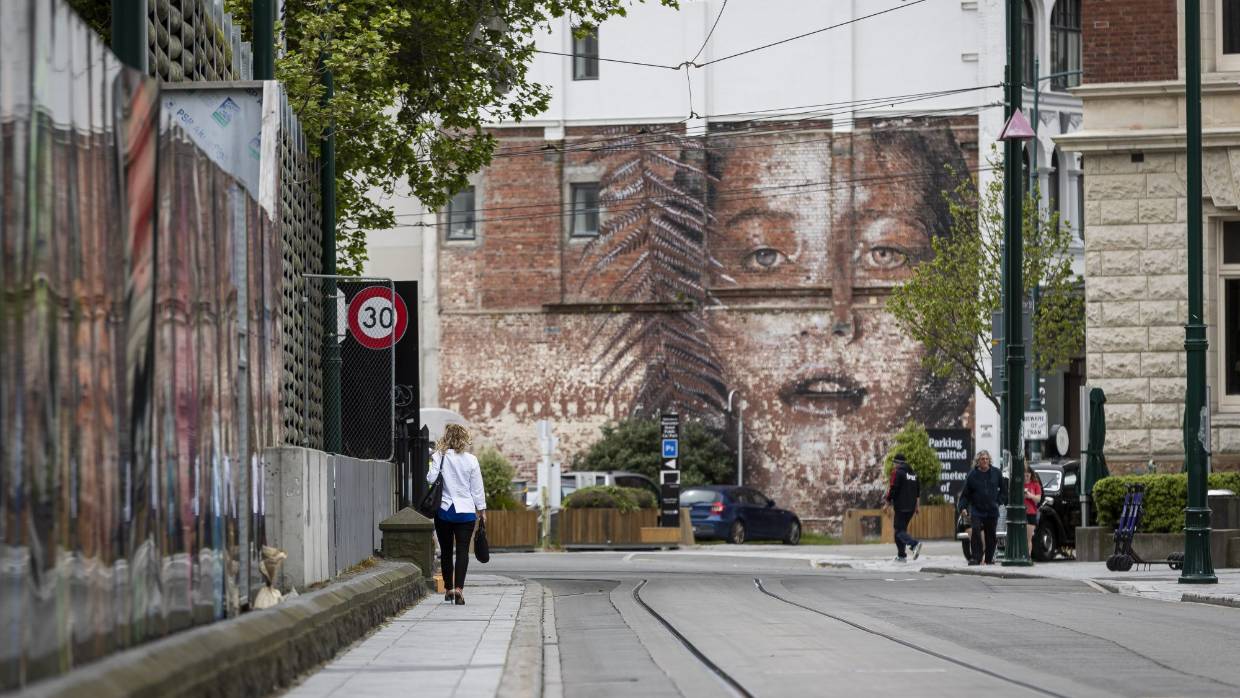 Ashton Owen, whose family was one of the first office landlords to rebuild after the earthquakes, said they were pleased to be fully leased.

"People are more inclined to come into the city centre and they're seeing things happening."

However, Owen said getting the anchor projects finished was essential to help fill in the gaps in the city. 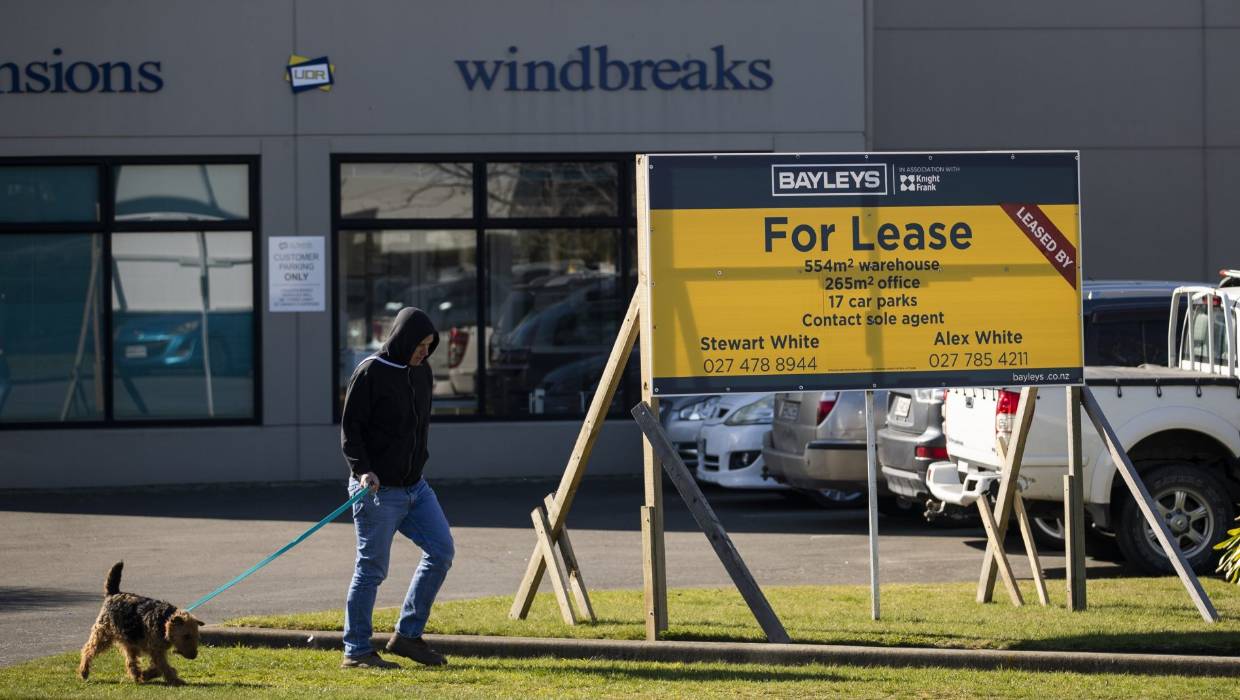 JOSEPH JOHNSON/STUFF
Increased demand for central city offices is leading to more for lease signs in the suburbs.

"Cashel Street has really changed but that's not the same when you go into The Square, that's for sure.

"Let's hope the momentum keeps going because we need those anchor projects." 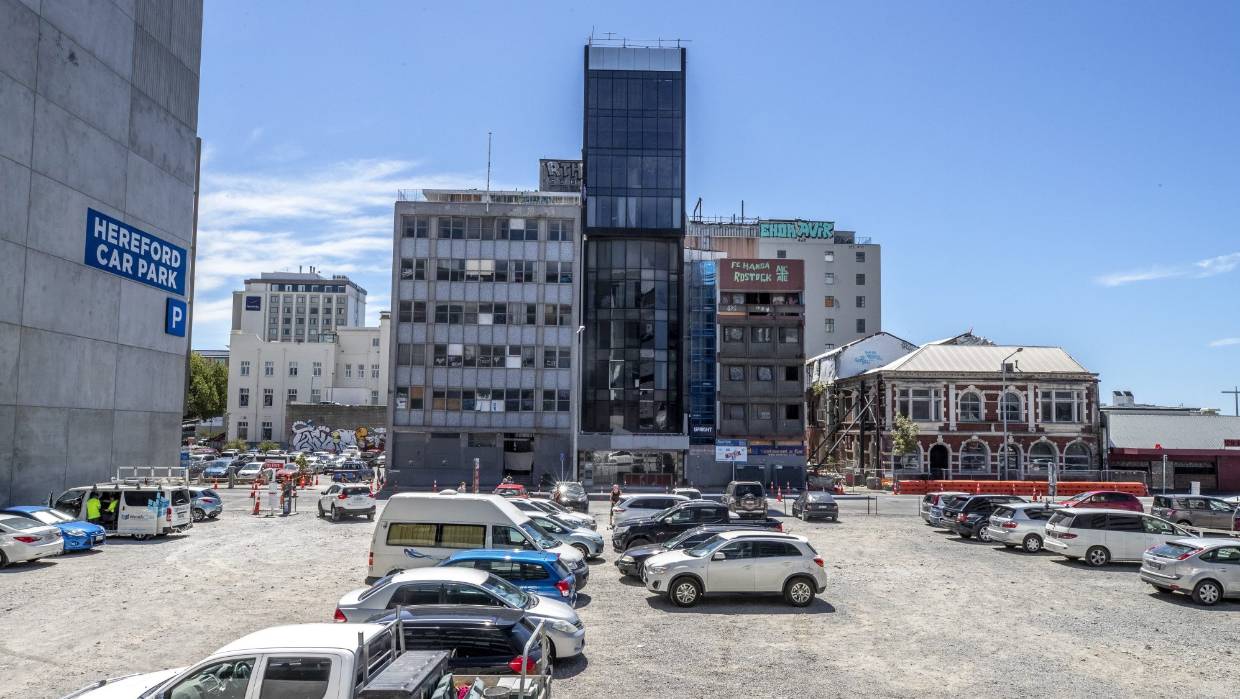 STACY SQUIRES/STUFF
Gaps in central Christchurch, like this one on Hereford St, are causing concern.