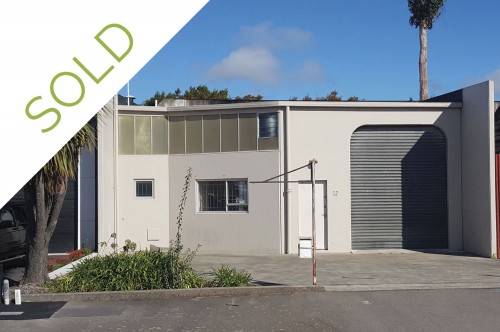 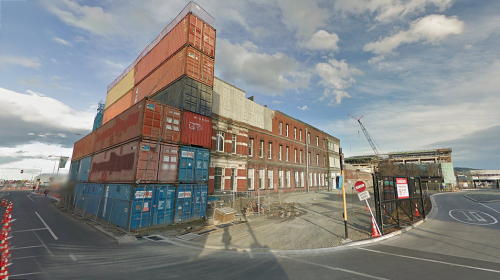 Christchurch City Council has released a list of about 30 buildings and sites considered a barrier to the regeneration of Christchurch’s city centre. 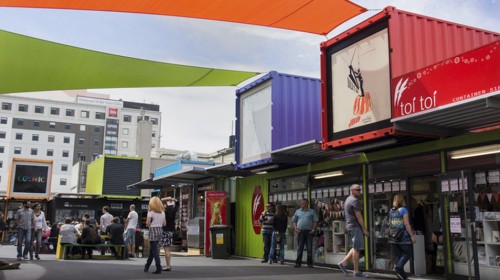 Christchurch's container mall is preparing to close up shop.

The Re:Start mall was one of the first things to pop up in the city's derelict central business district after the February 2011 quake, as way of attracting retailers and shoppers back to the central city. 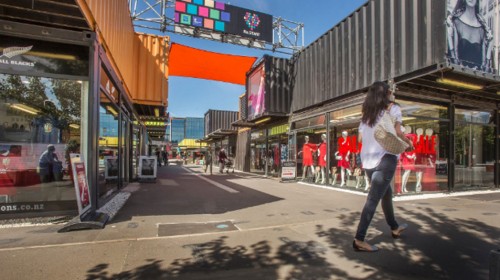 It's the mall no-one wants to close.

New owner Richard Peebles had planned to run the mall until October but after approaches from tenants, he has extended their leases until the end of January. 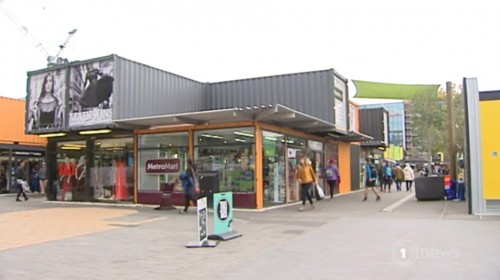 The Restart Container Mall was started by a non-profit trust to revitalise quake-hit central Christchurch, now they're passing the baton to the private sector.

In 2018, property investor Richard Peebles will build six new buildings at the site, including the Riverside Farmers' Market.

"We're trying to create something much different to the suburban malls, something earthier with fresh produce and small operators," he said. 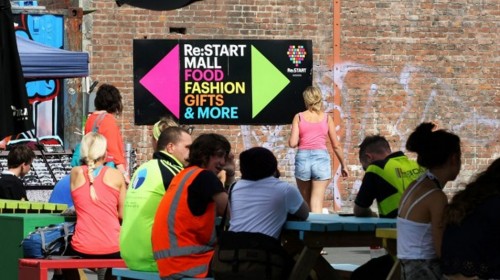 New dawns, fresh starts and tipping points have been announced so often in Christchurch that readers may be in a state of disbelief or extreme scepticism. City cheerleaders are at risk of being the boy who cried "recovery!" But there is no question that the official end of the Re:Start shopping mall on Sunday, April 30 is a milestone in recent Christchurch history. 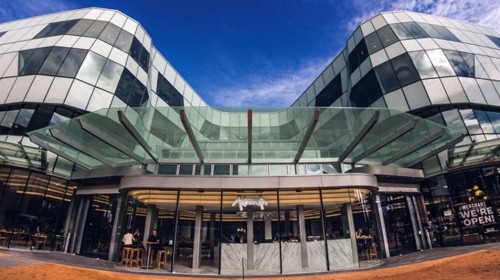 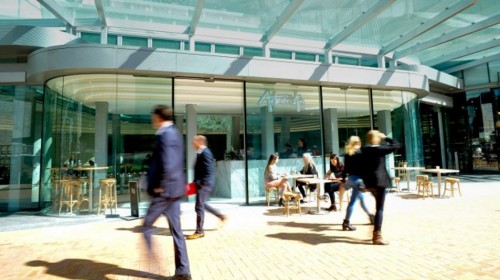 Central Christchurch businesses and non-profit groups want to hang onto a funding lifeline from ratepayers until the city centre gets back on its feet.

The Christchurch City Council has been making an annual contribution to the Central City Business Association's costs for the past decade, including promotions, events, marketing and security.

It now wants to cut this back to less than half its original contribution. From $150,000 a year before the earthquakes, the sum has been reduced to $100,000, and this year council has proposed in its draft annual plan to cut that further to $60,000. 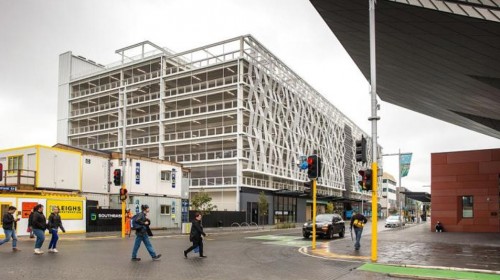 Free car parking in the weekends is being investigated in a bid to bring more people back into the central city.

The city council is looking into whether free car parking could be offered on the weekends in the central city as an enticement.

City council transport operations manager Aaron Haymes said it was considering temporary free parking, but it had not made a final decision. 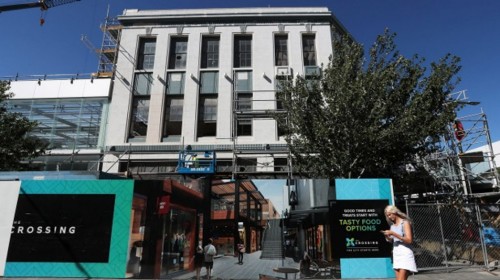 Christchurch business leaders are calling for the central city to find room for the little businesses priced out by the rebuild.

Construction and land costs have sharply pushed up central city rents, forcing out the small shops, service providers and non-profit organisations that were in cheap premises until the earthquakes. 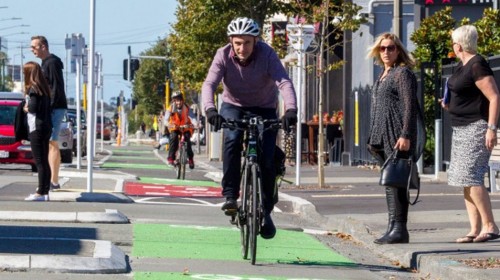 The multimillion-dollar An Accessible City project aims to create a "compact, people-friendly" central city, but the new cycleways, reduced parking, a 30kmh zone, narrowing of streets and project delays have caused controversy and led to a threat of legal action.

Cabinet this week authorised Brownlee, the Greater Christchurch Regeneration Minister, to suspend government funding of projects being led by the city council and Crown company Otakaro.

Editorial: St Asaph St squeeze is asking too much 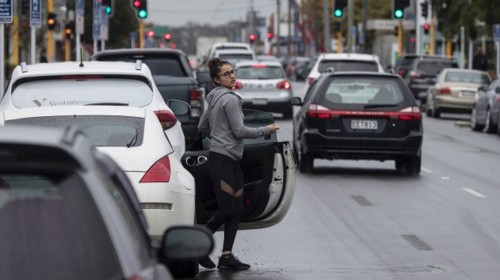 OPINION: It was a well-intentioned idea to make a better version of what we had. The new, accessible Christchurch that emerged from the earthquakes would be a haven for cyclists and pedestrians without impinging too much on motorists.

An Accessible City: It's no piece of cake 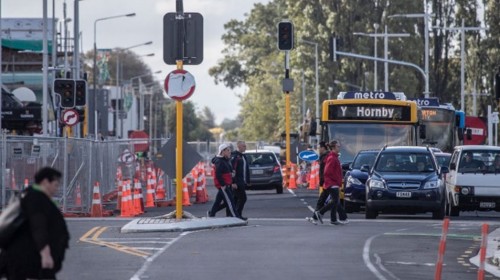 Abandoning An Accessible City would be dumping problems of congestion pollution on the next generation, writes 27-year-old ROSALEE JENKIN.

OPINION: Ever heard the phrase "you can't have your cake and eat it too"?

It's ringing loud and true in my ears these days, along with the sounds of construction and road works in central Christchurch – activities which are causing more than a little frustration.

Slow down in Christchurch CBD - and from rushing to judgment 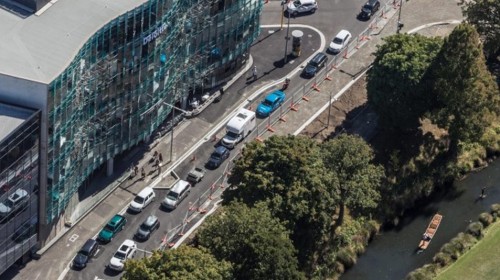 OPINION: As anyone who has been in Christchurch's CBD recently knows all too well, it takes time and patience to get where you want to go.

It can seem as if around every corner there is a fresh sprinkling of the city's unofficial emblem, the orange road cone.

Some of the central city's key streets – Manchester, Colombo, Durham, Hereford, the list goes on – are clogged with cones and work site fences spilling out onto the street. Around such sites, even the CBD speed limit of 30kmh is barely possible. 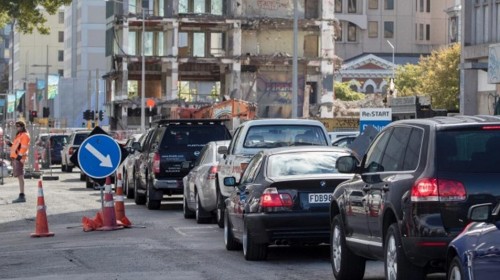 Central Christchurch business leaders and property owners are threatening legal action if an inner city traffic redesign is not stopped.

At a private meeting at city council headquarters on Tuesday, described by attendees as "heated" and "explosive", a who's who of central Christchurch discussed claims the An Accessible City road redesign scheme was putting the rebuild at risk.

Speakers told Mayor Lianne Dalziel, council chief executive Karleen Edwards and Otakaro chief executive Albert Brantley the work was creating unsafe roads for pedestrians, cyclists, and motorists getting in and out of cars. It was blocking emergency vehicles, removing manoeuvring space for traffic, driving away customers, and scaring off tenants, they said.