Central city businesses are optimistic about road layout changes to make it easier for people to drive into central Christchurch.

A section of Durham St between Lichfield and Tuam streets will have a northbound lane open from Wednesday, which will make it easier for people to access the two car parking buildings on Lichfield St. It will not affect the two southbound lanes.

Crown rebuild company Ōtākaro has managed the roadworks on Durham St, which is due to be finished by the end of May.

Chief executive Albert Brantley said the new lane would allow easy access to the retail precinct and new car parking buildings on Lichfield St for anyone travelling in from the west of the city, and would improve access to businesses on Oxford Tce just west of Durham St.

Central City Business Association chairman Brendan Chase said he was "quite optimistic" about the layout change, which would "slingshot" people coming from the south into Lichfield St. 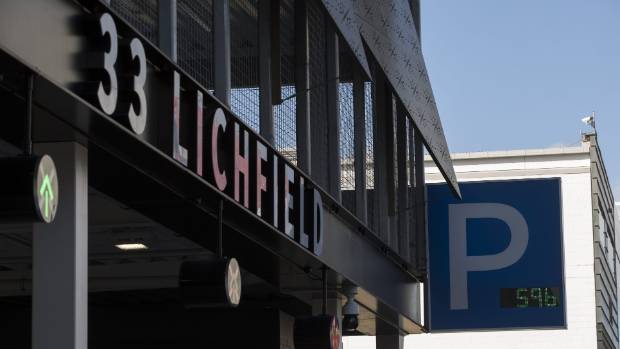 JOSEPH JOHNSON/STUFF
The layout changes will make it easier for people to get to the often empty Lichfield St car parking building.

The city council-owned 805-space Lichfield St car park building, which opened in November after a $31.3 million build, often has more than 500 empty spaces, almost all of which are covered. Chase said it was "a bit of a roundabout route" for some people to get to the area at the moment.

The Durham St works started in October 2016 and are expected to cost $13m as part of the An Accessible City central city transport plan. About 12,000 plants, 350 metres of new stormwater pipe and 2 kilometres of cabling have been installed.