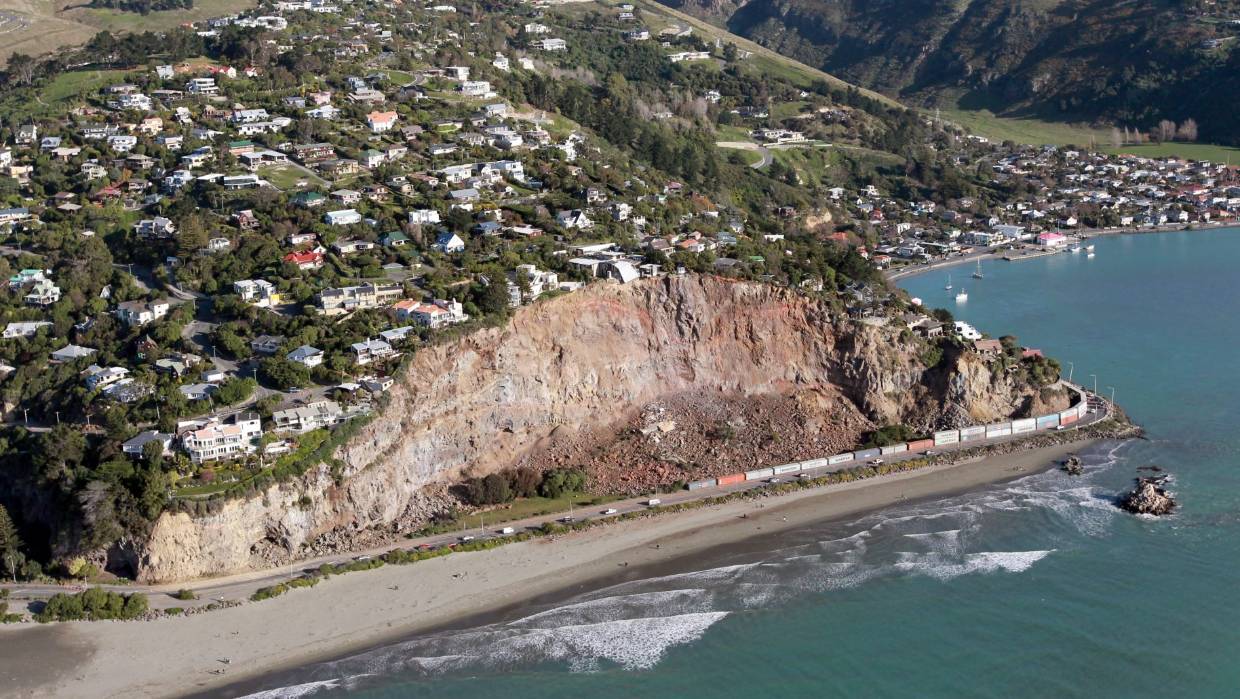 It has taken months of negotiations, with billions of dollars at stake.

Christchurch and the Crown have finally agreed on the terms of their rebuild divorce – and the council's top negotiator says it won't saddle ratepayers with any surprise bills.

Details of the global settlement – the ultimate post-earthquake deal between the Crown and Christchurch City Council – reveal the council has escaped ownership of the $475 million convention centre for now, but will have to find hundreds of millions of dollars to develop and maintain the red zone.

The council will also have to pay the full cost of its $1.2 billion programme to address post-quake drainage issues after the Crown refused to stump up additional cash for that and the city's water pipes, stormwater and sewers (horizontal infrastructure).

The draft agreement has left the door open for both parties to renegotiate the ownership of the convention centre Te Pae. 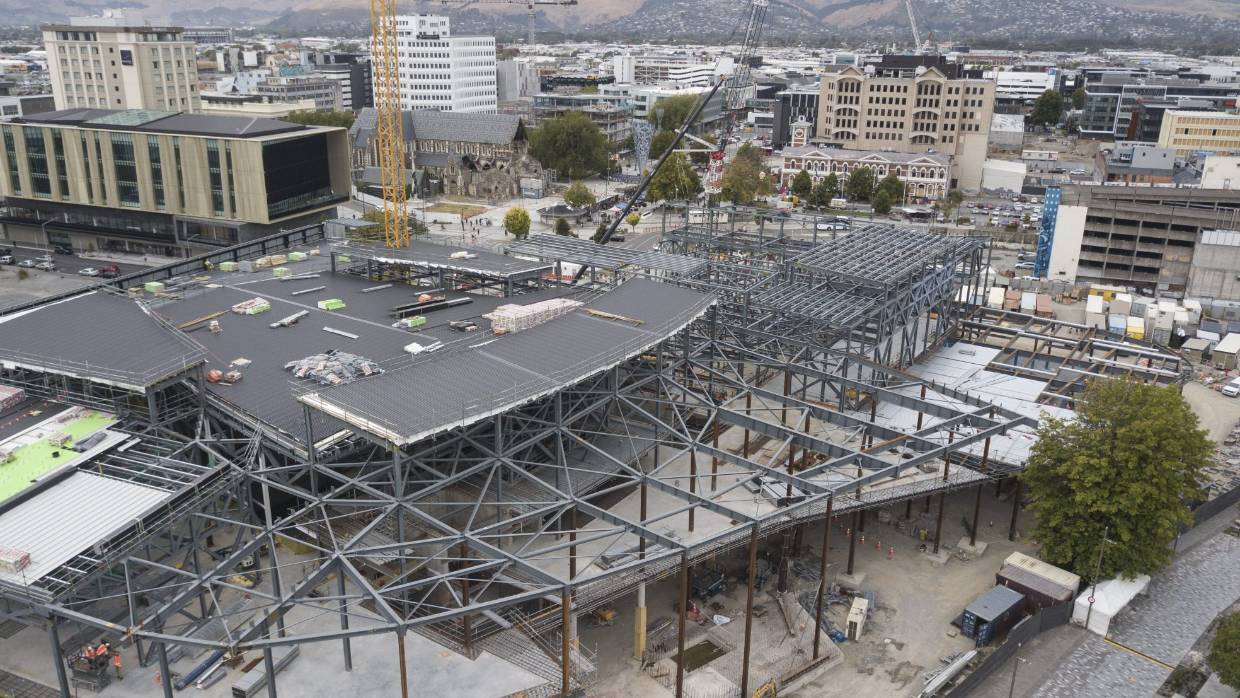 IAIN MCGREGOR/STUFF
The Christchurch convention centre, Te Pae, will remain under Crown ownership once it is built, but this could change.

He said all aspects of the global settlement were within council budgets, with all payments budgeted and agreed through previous annual and long-term plans.

"The good news is that it doesn't impact ratepayers with any additional burden." 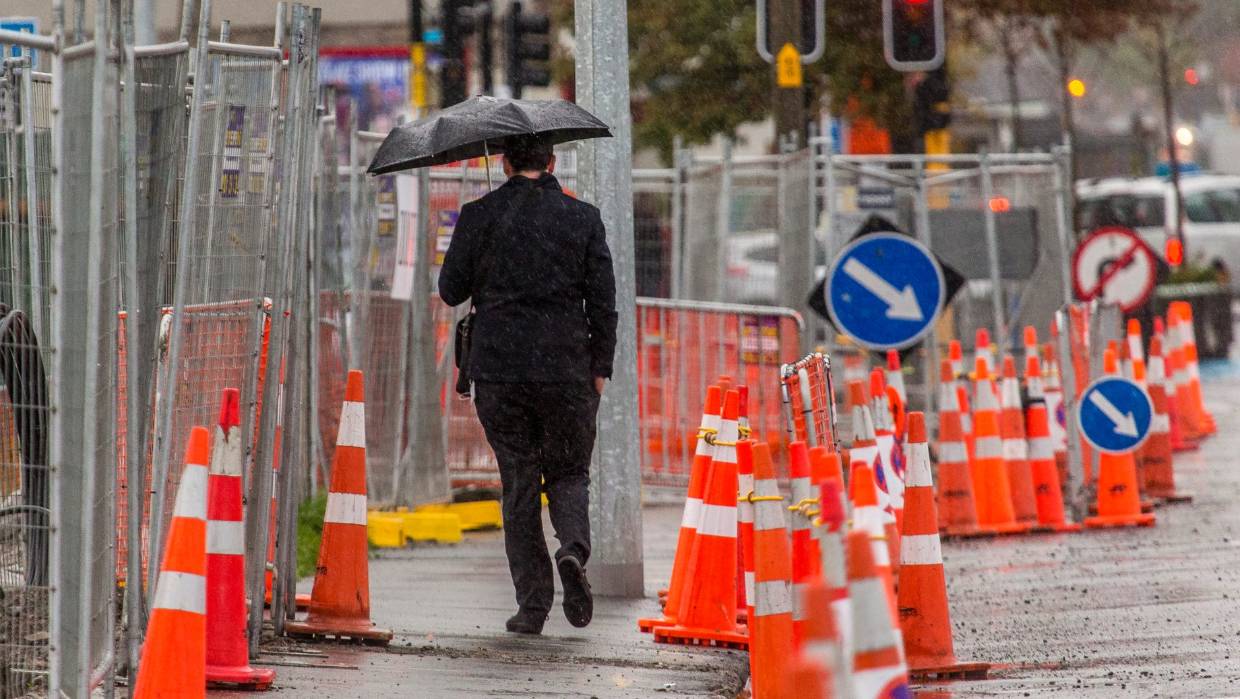 JOHN KIRK-ANDERSON/FAIRFAX NZ
The Crown has ruled out any further payments towards fixing the city's underground pipe networks.

As for the stadium, there are still no answers on who will own, deliver and maintain it. A "fast-tracked" investment case – meant to be finalised this month – would determine those issues, Anstiss said, but it was not known when that would go to the Government.

Under the global settlement, which is yet to be ratified by councillors, all red zoned land in the Avon River corridor, Port Hills, Brooklands and Southshore will be transferred to council ownership over the next two years. The council will be liable for maintenance costs for all of those areas bar the Port Hills from July 2020. Port Hills land will transfer in May 2021.

The bus interchange, the metro sports facility, Margaret Mahy playground, land for the performing arts precinct, the Avon River precinct through the central city and roading assets will transfer from the Crown to the council. 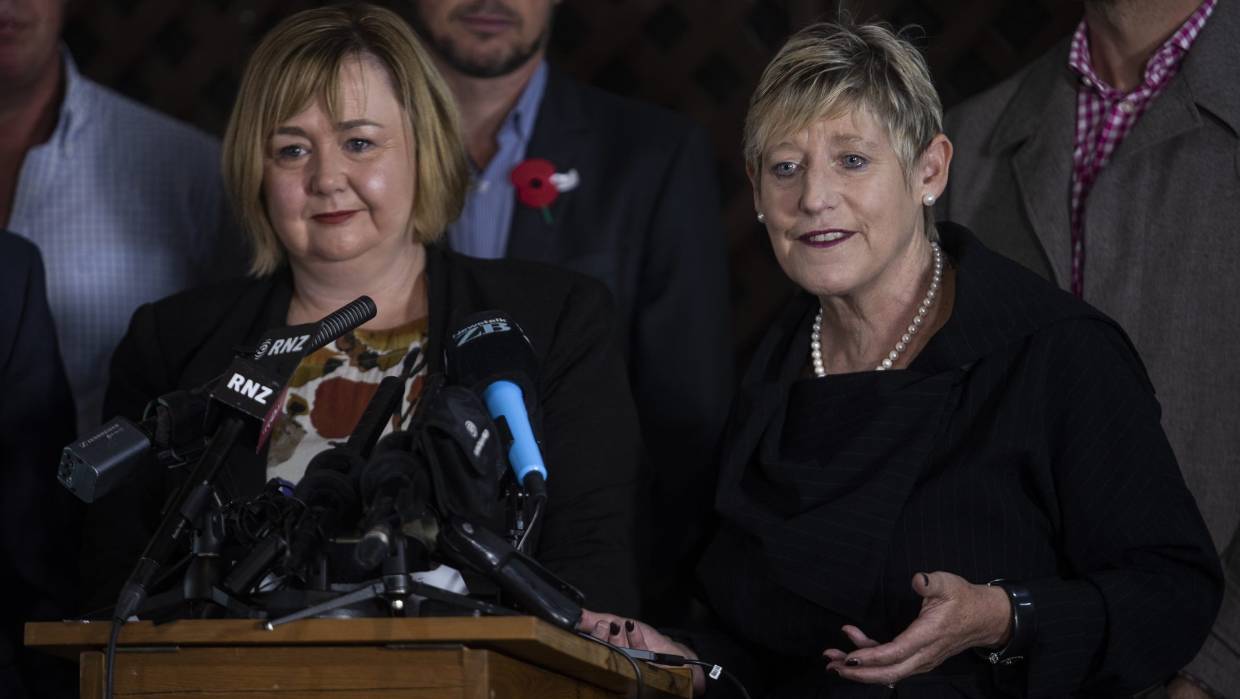 GEORGE HEARD/STUFF
Regeneration Minister Megan Woods, left, says the proposed settlement is a "key step in the journey towards local leadership". Christchurch Mayor Lianne Dalziel will not comment until the council has discussed the issue on August 8.

- Horizontal infrastructure: The Crown has ruled out any further payments towards fixing the city's underground pipe networks.

- Red zone: The council will take over ownership of land, including 600 hectares in the Otakaro Avon River Corridor worth $90m, along with red-zoned land in the Port Hills, Brooklands and Southshore for no cost.

- Metro sports facility: The council will own and operate the $300m complex once it is completed in late 2021. The council is contributing $147m toward the build, which is being led by Crown-owned Otakaro.

- Performing arts precinct: The Crown will give the council all land required to build the precinct at no cost, along with $1.5m for public realm works. A car park will be built on the land. 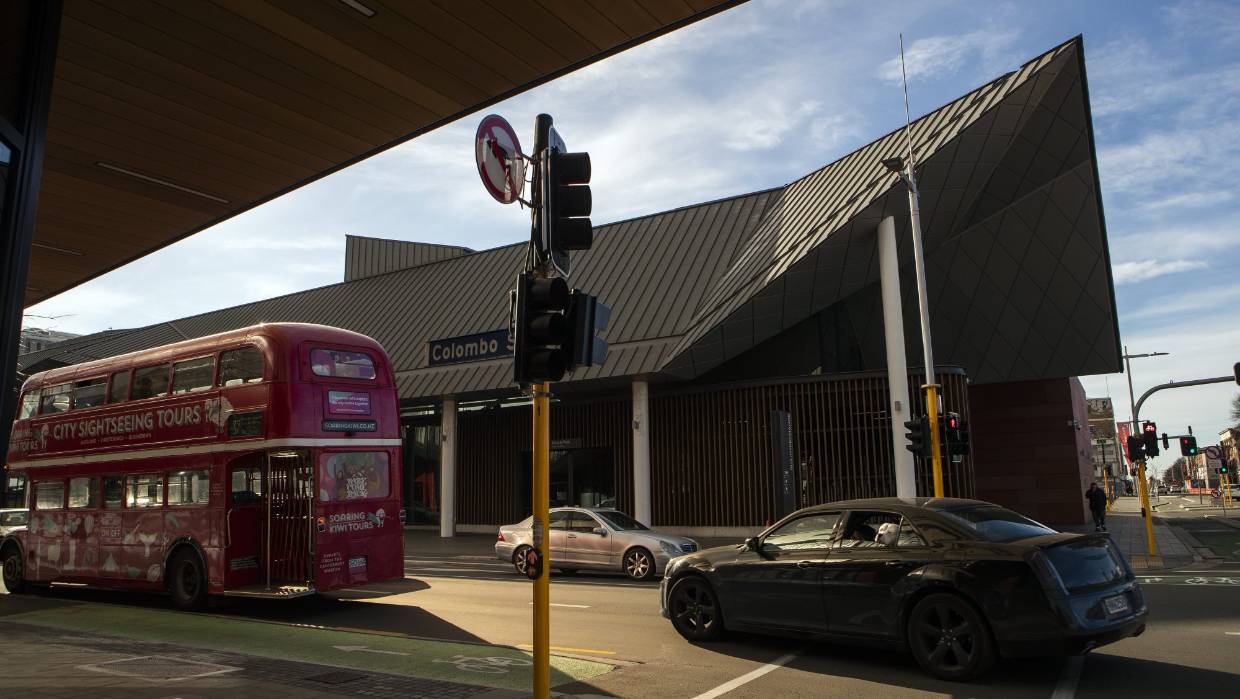 JOSEPH JOHNSON/STUFF
The council will pay the Crown $22.9m to own the $79m bus interchange. 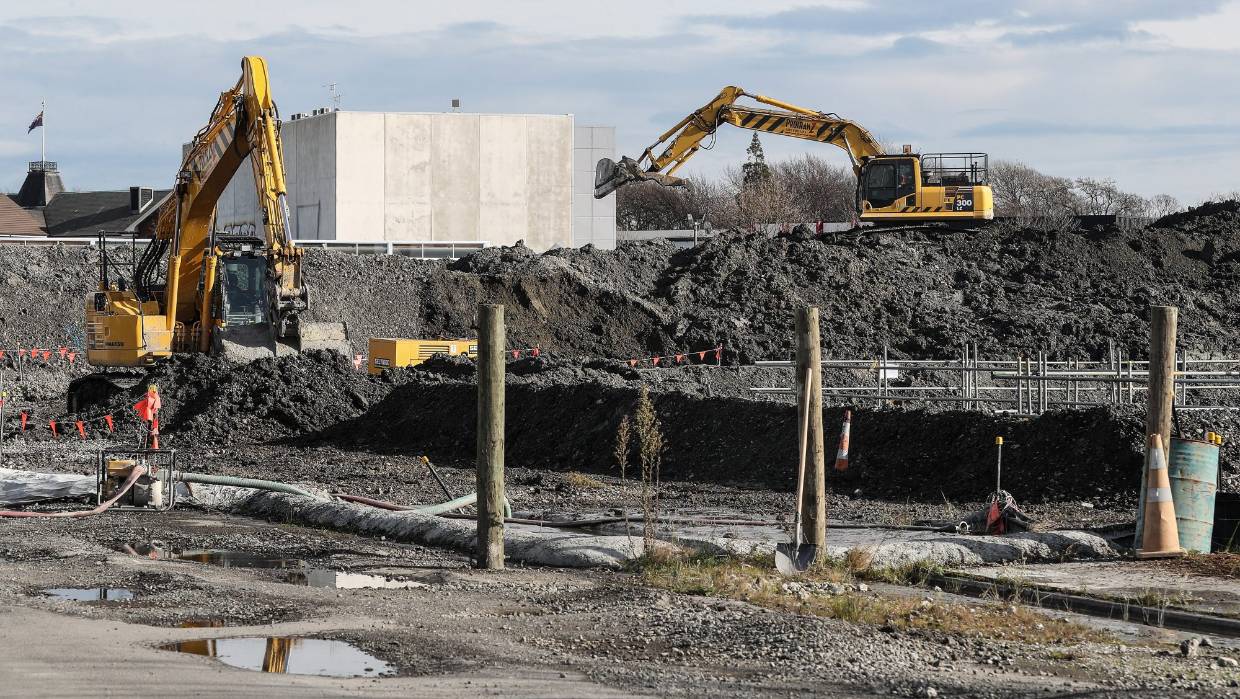 CHRIS SKELTON/STUFF
The council will own and operate the $300m complex once it is completed in late 2021.

The Crown has spent $14b on Christchurch's recovery and regeneration, with another $3b in the pipeline, while the council has spent around $3.65b, with another $4b of quake-related capital investment likely over the next 30 years.

The Crown will still give the council a $300m regeneration acceleration fund, which includes $220m for the stadium, $40m to the Otakaro Avon River Corridor and $40m for transport and roading improvements.

Mayor Lianne Dalziel declined to comment as the agreement still needs to be discussed by council, a meeting scheduled for August 8.

Greater Christchurch Regeneration Minister Megan Woods said the proposed settlement was a "key step in the journey towards local leadership".

Canterbury Employers' Chamber of Commerce chief executive Leeann? Watson said the settlement was largely positive and would provide much-needed "clarity and certainty" for businesses and residents, with the Crown retaining ownership of Te Pae an unexpected boost for the city. The facility is expected to bring in $320m in the first eight years.

Central City Business Association chairman Brendan Chase welcomed the assets burden not falling solely on the council, but said he would have liked assistance for business owners left struggling without the Crown's promised anchor projects.

National's Regeneration spokeswoman Nicky Wagner said the draft agreement followed the plans and work of the previous Government, but with unnecessary delays and indecision. 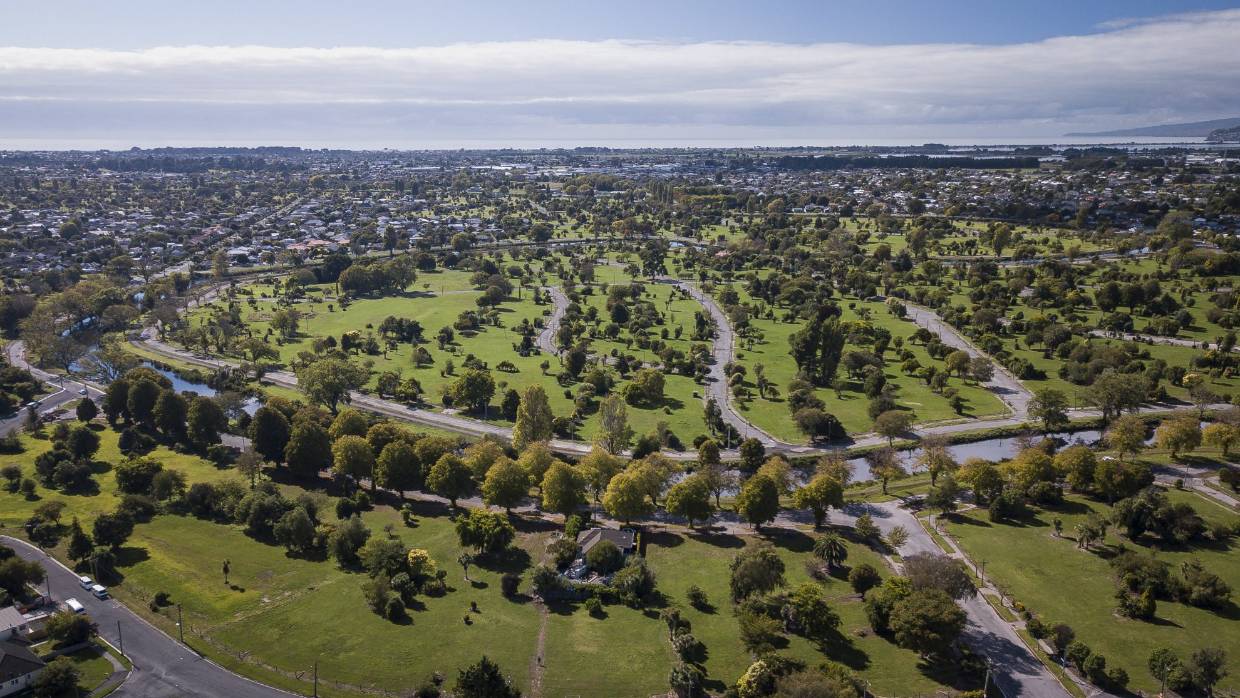 ALDEN WILLIAMS/STUFF
Christchurch City Council will take over ownership of the 600 hectare Otakaro Avon River Corridor under a new global agreement with the Crown.